At 5:30 to 8:00 pm on Wednesday, August 15, 2018  the San Jose Department of Transportation will present the “final” drawings of its Better BikewaysSJ network for downtown San Jose, which feature “protected” (separated) bike lanes, which they hope to begin constructing in September with a second phase starting in 2019. Here is the list of proposed solutions.

The cornerstone of these various bikeways is separating bikes from traffic via “Protected Bike Lanes” as well as using “Calm Streets” tactics on lower volume traffic streets that are often called “Bike Boulevards” in Palo Alto, for example.  In many ways this is a very commendable goal. The cities that have attempted this have found that overall it is safer, but there are still issues with driveways and at intersections. Both the execution of these designs as well as an extensive educational outreach effort and proper signage and road markings are all critical to make these roads safer. The safer that people feel they are, the more likely they will ride. This is especially true of inexperienced cyclists and those that are more risk averse.

This is the result and culmination of many “Open House” meetings and neighborhood meetings in the area.  An extensive suite of solutions that have been developed. There are even two choices that are given for part of 4th Street between Hedding and Taylor. Notes and feedback from the July 11, 2018 meeting has been provided.  Here is SJDOT 17-page slide deck. The gain or loss of parking was provided as well.

But what is missing is the option to eliminate the one way streets that encourage high rates of speed on long stretches around San Jose State University on 3rd, 4th, 10th and 11th streets. Making matters worse is the nearby transit center, the Paseo de San Antonio as well as the Highway 280 entrance on 4th Street.

During this effort there is supposedly still a “Vision Zero” effort going on. This is an international effort to reduce to zero serious injuries and deaths to pedestrians including those with ADA issues, cyclists and drivers of all types. San Jose never wanted to put a timeline on their Vision Zero effort. As with most programs with no deadlines and no accountability there has been scant seriousness to the full suite of Vision Zero concepts, options and strategies that can be deployed.

On Tuesday, August 14th in San Francisco’s Tenderloin neighborhood a cyclist was killed in a collision on one of their “one way streets. San Jose needs to learn from SF’s hard fought efforts from.

The victim — who was biking north on Taylor when he was hit by a driver going west on Turk — was identified Wednesday morning by the Medical Examiner’s Office as 65-year-old San Francisco resident Gregory Blackman.

The driver, 41-year-old Michael Smith, allegedly fled the scene in his silver BMW after the collision but was quickly detained by SFPD. He was taken into custody and booked on charges of DUI causing injury or death, vehicular manslaughter, and hit and run. He’s being held on $750,000 bail.

The San Francisco Bicycle Coalition released a statement Wednesday morning citing the fact that both Taylor and Turk streets are known Vision Zero high injury corridors — or, the 13 percent of S.F. streets where 71 percent of severe and fatal collisions occur.

“The latest public data shows that every single street in the Tenderloin is part of our city’s high-injury network. One-way streets like those found throughout the Tenderloin encourage speeding and put the lives of people walking and biking in danger every day,” the Coalition said in a statement.

“No one deserves to die simply because of where they live and how they get around,” said SFBC Executive Director Brian Wiedenmeier. “As a city, we owe it to people who live and bike in the Tenderloin to do more, faster to reverse a history of traffic violence.” 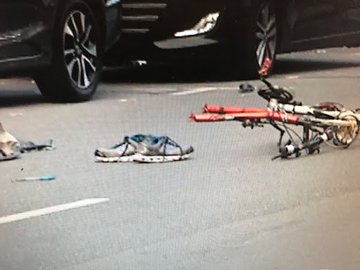 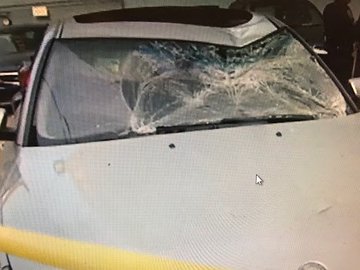 Breaking: Police in San Francisco have a person in custody after a fatal bike crash at Turk and Taylor.

According to Scott Lane, a Vision Zero advocate:

“The de facto HIGHWAYS that are 3rd, 4th, 10th and 11th for the convenience of people ZOOMING to and from Highway 280 are dangerous and show that the City of San Jose and SJDOT do not care about pedestrian and bicycle safety nor the quality of life of San Jose residents. All they care about is getting people on and off freeways quickly.

Note that for years SJDOT has never adjusted the crosswalks across 3rd and 4th Streets at Paseo de San Antonio to shorten for the tens or hundreds of VTA passengers that take the buses and light rail in the downtown transit mall.

The utter incompetence of SJ, SJDOT and VTA is epic!

Add onto this their joke implementation (or lack thereof) of true VISION ZERO principles and executables;  San Jose is once again trying to make it LOOK like they are focusing on bicycle and pedestrian safety. But they are missing KEY aspects of safety and still do NOT understand VISION ZERO.”

People Powered Press is powered by The People! Submit your draft articles to people@peoplepoweredpress.org for anonymous or onymous publication.

More from BicyclingMore posts in Bicycling »

Most Viewed All Time